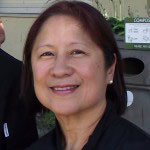 Jacqueline Joves Lombardi – As the owner of Larimer Catering, Jacqueline has been providing delightful delicacies for Aurora area businesses since 2007. Inspired by her grandmother’s cooking, she began her culinary career in San Francisco. After moving to Aurora with her husband, she attended the Art Institute of Colorado and earned an Associate of Applied Science degree in Culinary Arts. It was not long before she was appointed Executive Sous Chef at the Aurora Metropolitan Club where she prepared a variety of dishes for the upscale clientele. 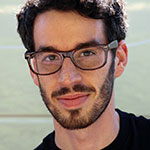 Daniel Reskin – Daniel is from Miami and has worked in hospitality for over 10 years as a prep cook, expo, server, and bartender. Now Daniel is able focus his experience on creating delicious food instead of selling it. He is the resident artist and handles most of our luscious platters and desserts. When not catering with us, he is a comedian and you can follow him @DanielReskin 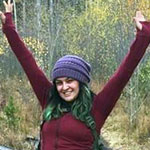 Heather Espinosa – Heather is an increasingly rare Denver native in our growing city. After over a decade in the service industry, Heather recently took her skills to the next level by completing the Emily Griffith Culinary Quick Start program. This intensive course hones kitchen fundamentals and professionalism, but her energetic spirit and work ethic are her own. When not serving up fresh goodness, she can be found front row at every concert and enjoying nature. 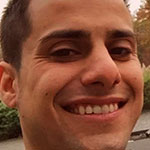 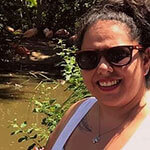 Angelita Espinosa – Angelita is a Denver native. She has worked with food for decades . She is Servsafe certified through the Emily Griffith culinary quick start program. She brings an enthusiastic, hard working, fun environment to cook in. As a hobby she loves going outdoors and equally loves doing arts and crafts and is very big on family.